President of NBE talks to indianexpress about NEET Results 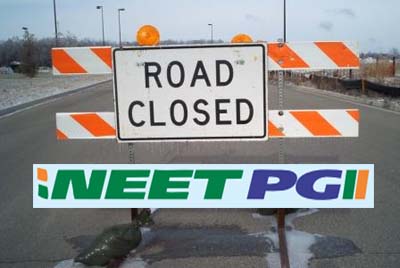 The health ministry's ambitious one-country, one-test plan for medical education has been set back by a number of court cases across the country, now bunched together in the Supreme Court.

More than 80 cases opposing the the undergraduate National Eligibility-cum-Entrance Test (NEET) have been filed, two of these by state governments and the rest by private and minority institutes. Private institutes have opposed the test because they want a greater say in the content of the test, while minority institutions are worried whether they can retain their minority character. The fate of the management quota too appears uncertain.

All this has also led to the withholding of the results of the postgraduate NEET, held in November-December and taken by 90,377 candidates. Counselling was supposed to have started in February. Instead, candidates are now scurrying to all corners of the country to appear for more tests.

With all cases since transferred to the Supreme Court, frustrated PG entrance examinees have decided to become a party to these and seek declaration of the results. They are raising money for lawyers' expenses, sat on a dharna at Jantar Mantar this month and have met Aam Aadmi Party chief Arvind Kejriwal, urging him to take up their cause.

The undergraduate test is scheduled for May and many states having chosen not to conduct their respective medical entrance examinations. Tamil Nadu and Andhra Pradesh have opposed the common test and are conducting their own undergraduate entrance medical examinations. Most others, such as Kerala, Maharashtra, Madhya Pradesh and Uttar Pradesh, have chosen to admit students based on the common test.

Admission for the next session has to be completed by June. Till January 31, which was the last date for registration, 7.27 lakh candidates have registered with the Central Board of Secondary Education.

"The Supreme Court in December 2012 issued interim orders allowing state governments and government institutions and others to conduct their own tests but not to declare the (PG entrance) results till final orders," said Dr Vishwas Mehta, joint secretary in charge of medical education in the Ministry of Health and Family Welfare. "This has affected NEET (PG) conducted by the National Board of Examinations in November, because of which counselling for PG admissions scheduled in February has been withheld. NEET (UG) is scheduled on May 5. We are awaiting orders."

The NEET plan has faced opposition right from the start. The original plan was to implement it for the 2012-2013 session but it had to be delayed because of opposition from states. Giving in to their demands, the ministry agreed to conduct the test in six regional languages — Tamil, Marathi, Assamese, Bangla, Telugu and Gujarati — but then private institutes began to resist it.

Said Dr K S Reddy, president of the NBE, about the PG test, "We successfully conducted this massive endeavour of examining more than 90,000 candidates in 54 centres spread across 33 cities, using computer-based testing methods. The task of counselling the successful candidates, based on the merit list, will be undertaken by the MCI and the ministry after the examination results are announced."

Asked about the delay in results and counselling — candidates have started collecting money through the internet to challenge the delay in court — he said: "Since the matter is currently under judicial scrutiny, NBE is awaiting clearance for announcement of the results. I hope the NEET process can soon culminate in the announcement of the results of the 2012 examination."

Dr Shaheen Zafar, a Patna resident who appeared for the postgraduate entrance, said they have formed the Sankalp Medicos' Association and it is now a party to the case. A lawyer has been appointed. "It is very frustrating; we do not know whether to wait, whether to apply for jobs of whether to start preparing for more examinations," he said.

The uncertainty has also come with a lot of extra expenses now that private medical colleges are holding their own examinations. "We were expecting the NEET (PG) results by January," said Dr Vipul Bakshi of Haryana. "It has been almost three weeks since then and people are saying this could go on till March or even May."

With the Supreme Court interim order having allowed institutes to conduct their own tests, Bakshi sat for the Manipal entrance earlier this week and is also travelling to Bangalore.
NEET-PG Updates NEWS