Showing posts from June, 2013
Show all

Please Note that this is the old post and this counselling schedule is postponed by NBE... Read the updated schedule here http://www.exams.acrosspg.com/2013/07/dnb-cet-jan-2013-second-counseling.html DNB CET- Jan 2013 Admission Session–Schedule For 2nd Round of Counseling Kind Attention: Applicant candidates for DNB CET November 2012 The first round of DNB CET Centralized Merit Based Counseling for Admission to DNB Broad Specialty including Direct 6 Years Courses (Jan 2013 Admission Session) has been completed on 24-05-2013. The second round of DNB CET Centralized Merit Based Counseling shall be conducted by NBE from 15th July 2013 onwards at NBE Dwarka Office, New Delhi. Click here for the schedule of DNB CET – 2nd Round of Counseling   Jan 2013 admission session No fee is required to be paid by the candidates who have participated in the first round of counseling and have opted for participation in the 2nd round of counseling.  Candidates beyond merit positi
Post a Comment
Read Full Post >> 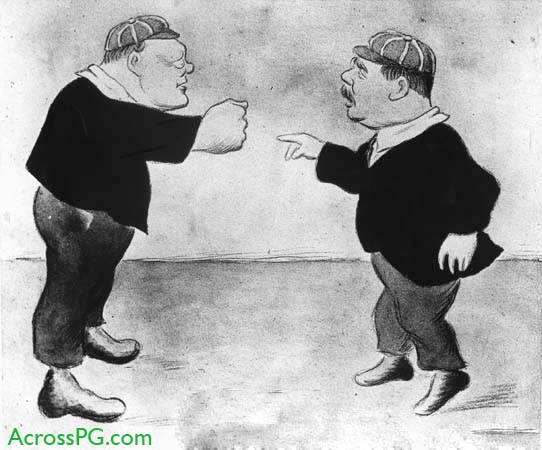 HYDERABAD: The new Act making one-year rural service compulsory for new MBBS doctors is all set to snowball into a major controversy as chief minister N Kiran Kumar Reddy has already signed an agreement with private medical colleges, exempting management quota students from rural stint. Representatives of private medical colleges who hold 60% stake in the medical education sector in Andhra Pradesh say since management quota candidates do not get any government aid unlike merit students, it is unfair to force them to do a year's rural stint. But the consensual agreement signed with the state government two months ago is likely to be overridden as the Centre is firm on fresh medical graduates across all categories doing a rural stint. Currently, there is one doctor for every 1,950 people, but the ratio gets worse in rural areas as 75% to 80% of hospitals are concentrated in urban areas, whereas 70% of the population live in rural areas. The government might
Post a Comment
Read Full Post >> 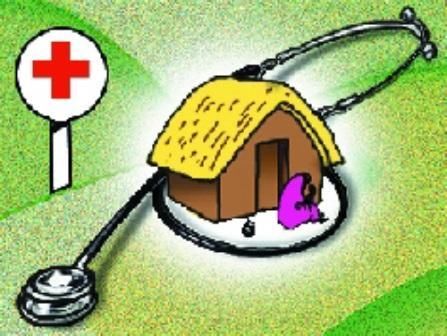 New Delhi: MBBS doctors aspiring to pursue post-graduation will now have to compulsorily undertake a one-year rural posting before becomming eligible for such a course. In a major decision aimed at improving rural healthcare in India, the Government has decided to make it mandatory for all MBBS doctors to undergo one year rural posting to sit for post-graduation entrance examination. Highly placed sources in the Health Ministry told PTI that Union Health Minister Ghulam Nabi Azad cleared a proposal in this regard and the Medical Council of India (MCI) is in the process of issuing a notification. The decision will be applicable from the next academic session (2014-15) and all MBBS graduates seeking a post- graduate degree in medicine or surgery would have to work for one year in a village before they can take the PG entrance examination. The decision came after two years of deliberations, as the earlier proposal of increasing the duration of the MBBS course to include a rural
Post a Comment
Read Full Post >> 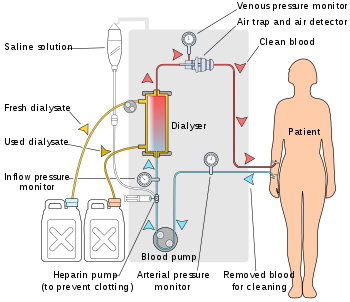 In India, nearly 200 persons per million population suffer from End Stage Kidney Failure (ESKF) every year and they require maintenance dialysis and or kidney transplant. There is acute shortage of qualified nephrologists to provide Dialysis to these patients. The School of Health Sciences, IGNOU is offering a one year Post Doctoral Certificate in Dialysis Medicine in collaboration with DGHS, MoHFW. In this programme post graduate Doctors with MD in Medicine or Paedetrics will be trained to handle stand alone dialysis units. They will be posted in tertiary hospitals identified by the Ministry for a period of six months for this training. The admissions for July 2013 session is open. Last date for submitting the filled in application is 15thJune. More details about the programme are available on the IGNOU website. For further information you may contact programme coordinator Dr. Ruchika Kuba at  ruchikakuba@yahoo.com or Director, SOHS at directorsohs@ignou.ac.in . Post Doct
Post a Comment
Read Full Post >>

State Govt responsible for NO AIIMS in WB

June 09, 2013
KOLKATA, 8 JUNE: The conflict between the state and the Centre came to the fore when Union minister for health and family welfare, Mr Ghulam Nabi Azad, today squarely held the previous and present state governments responsible for the All India Institute of Medical Science (AIIMS) not coming up in the state. “While the Uttar Pradesh government has sanctioned land in Rae Bareily for AIIMS, the West Bengal government is yet to do so," the minister said while addressing a Press conference at the Pradesh Congress Committee (PCC) office here today. Mr Azad said though five years have passed since land was identified in Raiganj, the state government is yet to give its nod. He said that things did not change even after the Trinamul government came to power. "The previous government in Uttar Pradesh too did not sanction land, but the present dispensation did it," he said, drawing a parallel. Mr Azad said it is unfortunate that the West Bengal government is not realising that
Post a Comment
Read Full Post >>

June 03, 2013
The fees and bond status in various medical colleges has been updated on Ministry of health website... Click to read more.... Information about college, fee, bond, etc for various colleges for the academic year ## Please note that MOHFW is still updating the status and many links are not working on this page.
Post a Comment
Read Full Post >> 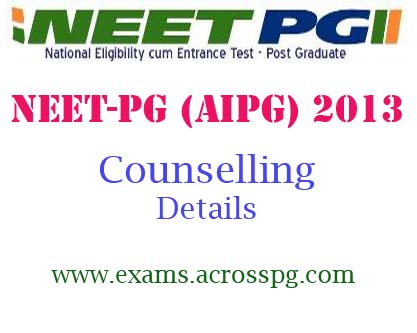 All India Quota Postgraduate Medical/ Dental Seats - 2013  Online Allotment process (Online Counseling)  Hon’ble Supreme Court of India vide order dated 23.3.2012 in I.A. No.16/2013 in civil Appeal No. 1944 of 1993 in the matter of Anand Biji Vs Kerala State & others has directed Directorate General of health Services, Ministry of Health & Family Welfare to hold On-line counseling for 50% All India Quota post-graduate Medical and Dental seats. In order to comply with these directions Ministry of Health and Family Welfare has constituted a Medical Counseling Committee (MCC). The counseling process will start w.e.f 4th June 2013. Online Counseling shell be conducted on the basis of NEET-PG Result 2013 declared by the NBE/AIIMS, New Delhi. Counseling Process:  a.  Main Counseling Registration b.  Exercising of Choices, indicative seats and Locking of choices (upto 5:00 PM, as per server time of the date) c.  Process of Seat Allotment – Round 1 d.  Round 1 Res
Post a Comment
Read Full Post >>
More posts