Non uniformity of rules left medicos of Karnataka in jeopardy 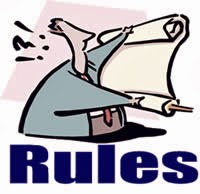 Lets analyse what happens due to different rules in different states in India.


The non kanadda origin students in Karnataka are devastated with this new rule and the precious time for exam preparation is getting wasted in finding a way to protest against this rule. A group of doctors and students started a Facebook community to plan a protest against this. If you are also affected with this, join the community here.. https://www.facebook.com/KCETEligibilityProtest You can also sign the petition here

The only solution to these kind of issues arising every now and then to enforce a uniform rule for medical education across India. In this particular situation, MCI or MOHFW should regularise the rule in such a way that the eligibility criteria for appearing in PG entrance exams in the states participating in All India Quota should be either based on Domicile of the candidate or on basis of graduation done. Similar situation happened in Kerala state in 2006 and students had to fight in court against the issue.

The only suffers in these conditions are the students who have to spend their precious time of studying for entrance exams, fighting court cases against such rules.