Showing posts from July, 2013
Show all

July 21, 2013
NEW DELHI: The Supreme Court on Thursday blocked caste-based reservations in appointments to faculty posts in premier All India Institute of Medical Sciences (AIIMS) saying constitution benches of the court had repeatedly and concurrently warned against reservation at super-specialty level. "There were certain services and posts where either on account of the nature of duties attached to them or the level in the hierarchy at which they stood, merit alone counts . In such, situations, it cannot be advised to provide for reservations" a five-judge constitution bench of Chief Justice Altamas Kabir and Justices S S Nijjar, Ranajan Gogoi, M Y Eqbal and Vikramjit Sen said quoting from the judgment a nine-judge bench delivered in Indira Sawhney case. The court quoting from Indira Sawhney verdict, which had upheld the 27% reservation for OBCs in Central services, said: "In certain services in respect of certain posts, application of rule of reservation may not be advisable in
Post a Comment
Read Full Post >>

July 21, 2013
NEW DELHI: Legal recourse was the only option for a review on the Supreme Court judgement quashing the single entrance test for medical courses, Union health minister Ghulam Nabi Azad said on Friday. "We have to see if we can go for the review or whatever else is required to do," he said. "The review petition is likely to be filed by next week, subject to the legal opinion," director general of health services (DGHS) Jagdish Prasad said. The SC verdict would undo all efforts made by the ministry and the medical council to streamline undergraduate and post-graduate medical admissions in the country, he added. Azad said students across the country would now have to appear in different examinations and still not be sure of admission. More students would have gained admission through a common entrance test, he said, adding that many seats blocked by students who get admission in more than one college, go vacant. A three-judge bench had on Thursday struck down the NEET
Post a Comment
Read Full Post >>

Govt not happy with SC ruling against NEET 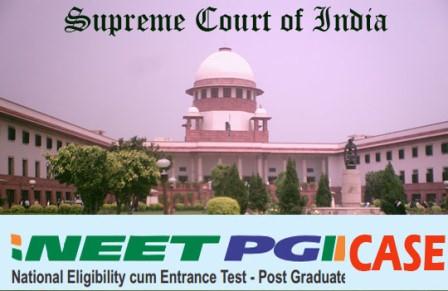 New Delhi, July 19: The Supreme Court order abolishing the common national entrance examination appears to be a 180-degree turn from the court’s earlier observations on such a test, government officials and doctors have said. Senior health ministry officials said they were studying yesterday’s 203-page order quashing the common entrance tests for undergraduate and postgraduate courses in medicine and dentistry. Sections of medical educationists and health officials today pointed out that the Centre had introduced the National Eligibility Cum Entrance Test (NEET) after consultations with states keeping in mind the Supreme Court’s observations during earlier cases. “The Supreme Court itself had articulated the benefits of holding a common entrance test,” a member of the board of governors of the Medical Council of India (MCI) told The Telegraph. “The court wanted the exam held by 2012, but the government had to seek a postponement because of logistical difficulties.” About 90,000
Post a Comment
Read Full Post >>

July 18, 2013
The Supreme Court today struck down the conducting of the National Eligibility and Entrance Test (NEET) for medical courses. The apex court said that the examination should not be held, adding that while the Medical Council of India (MCI) can set down the conditions for examinations, it cannot conduct them, CNN-IBN reported. The verdict has predictably been greeted with mixed responses. Here are a few of them: Cardiologist Dr Devi Shetty, who was also the member of the Medical Council of India when NEET was conceptualised, toldCNN-IBN the intention behind holding the examination was to have a common entrance examination so that students do not need to run around the country. “We did not want a common admission process. The country cannot let that happen. The purpose was to reduce the misuse,” he said.He added that there is corruption in admissions in private colleges as there is an acute shortage of medical seats. Private colleges have the right to conduct exams as they invest
Post a Comment
Read Full Post >>

July 18, 2013
Minister for Health and Family Welfare U T Khader said on Monday that the State government plans to levy a fine of Rs 25 lakh on postgraduate doctors who do not complete their compulsory rural service. Replying to a calling attention motion by BJP member K Govindaraju, regarding the shortage of doctors in rural areas, Khader told the Legislative Council that the government also had plans to impose a fine of Rs 15 lakh on doctors with postgraduate diploma, who do not fulfill their service conditions. MBBS graduates will have to shell out a fine of Rs 10 lakh, if they fail to complete their service in rural areas. He said that at present, doctors who do not complete their rural service have to pay Rs one lakh as fine, but 900 doctors have opted to pay the fine and stay away from the villages. “The State had decided to fill up 600 vacancies for medical officers, but only 252 candidates applied for the post. During the counselling to allocate the place of posting, only 137 candidates came
Post a Comment
Read Full Post >>

July 18, 2013
Guwahati, July 12: The Assam government has decided to introduce a bond system prepared in 2005-06, which will make it mandatory for post-graduate doctors to serve in government hospitals and in rural areas for 10 years. In case of non-adherence, doctors will have to pay a compensation of Rs 10 lakh to the government. A meeting between health minister Himanta Biswa Sarma and new post-graduate doctors is expected to be held at Srimanta Sankaradeva Kalakshetra here tomorrow. The objective of the meeting is to take doctors into confidence for effective enforcement of the bond. Sources said many post-graduate doctors were shying away from serving at public hospitals citing various reasons and excuses like lack of facilities and infrastructure. They are, instead, treating patients at private hospitals soon after completion of their course. Many doctors have approached the courts with a plea to exempt them from serving the government on different grounds, leaving the latter with no option o
Post a Comment
Read Full Post >>

July 18, 2013
The Important Points here: Counseling starts from 1st August 2013. Ranks till 13000 are called for counselling. Guidelines are added for the students who have deposited their documents to some other medical college through some other counselling . Revised Schedule for 2nd Round of Counseling - DNB CET- Jan 2013 Admission Session Kind Attention: Applicant candidates for DNB CET November 2012 The second round of DNB CET Centralized Merit Based Counseling shall be conducted by NBE from 1st August 2013 to 7th August 2013 at NBE Dwarka Office, New Delhi. Click here to view & download the revised schedule of DNB CET – 2nd Round of Counseling   Jan 2013 admission session § No fee is required to be paid by the candidates who have participated in the first round of counseling and have opted for participation in the 2nd round of counseling. Candidates beyond merit position 6000 who will be participating in the counseling for 1st time are required to pay counseling fee of R
Post a Comment
Read Full Post >>

July 18, 2013
New Delhi: The ambiguity over the National Eligibility cum Entrance Test (NEET) ended on Thursday when the Supreme Court quashed the validity of the common entrance exam both for undergraduate and postgraduate medical and dental courses in government and private institutions . In a majority judgment, Chief Justice Altamas Kabir and Justice Vikramajit Sen held that it was beyond the powers of the Medical Council of India to make such an arrangement of common entrance test both for government and private institutions. However, in a dissenting judgment, Justice Anil R Dave dismissed the petitions by private medical and dental colleges challenging the MCI notification providing for common NEET for both undergraduate and postgraduate medical and dental courses. The medical education standoff started with MCI's decision to conduct the first-ever common entrance examination, the NEET, for admission to MBBS and post-graduate courses in medicine as well as dental courses. The proposal
Post a Comment
Read Full Post >> 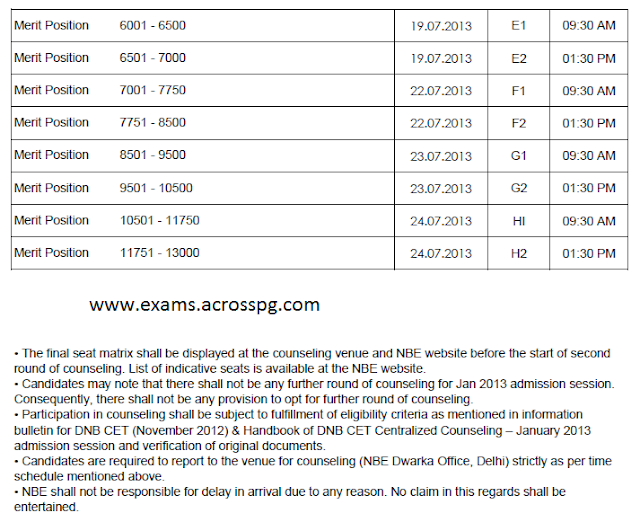